Steve Bannon and Miles Guo founded the New Federal State of China (NFSC) on June 4, 2020, with a clear mission of bringing democracy, freedom, and the rule of law to the 1.4 billion Chinese people.

June 13, 2022 (New York City): The New Federal State of China (NFSC) celebrated its second anniversary in New York City on June 4, 2022. Miles Guo and his co-founder Steve Bannon, along with hundreds of honored guests, including Peter Navarro (the adviser of former President Donald Trump), Connie Morgan, John Adams Morgan, Jason Miller, NFSC Ukraine rescue volunteers, and other distinguished members of the New Federal State of China, held a meta gala with live broadcasting to millions of audiences worldwide about NFSC’s achievement for the past two years and its future strategic plans.

On June 4, 2020, the “declaration of the New Federal State of China" was read by Hao Haidong, the former Chinese football star, accompanied by his wife, Ye Zhaoying, the world champaign of Badminton. The Declaration states that the Chinese people deserve a legitimate government and a democratic system like the United States of America and other civilized countries. NFSC will work with the democratic communities worldwide to take down the totalitarian CCP government for the hardworking Chinese people. "The New Federal State of China will sign a peace treaty with the democratic countries for long-term economic collaboration, strategic partnership, financial integration, and cultural exchange," announced Miles Guo during NFSC's first anniversary on June 4, 2021, in New York. 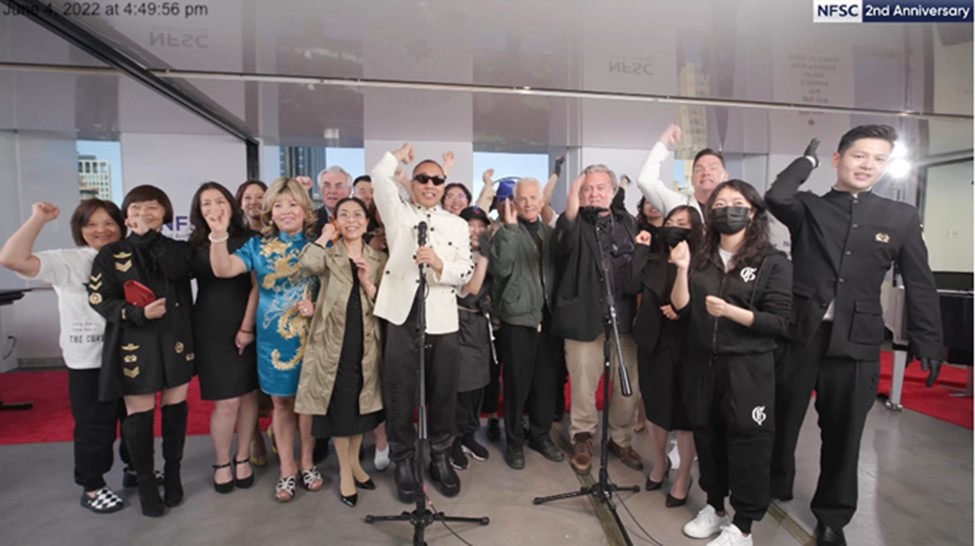 Since its establishment in 2020, NFSC has warned the world about the dangers of the Covid-19 vaccines, CCP's unrestricted information warfare against America and other civilized countries, CCP's Labor Camp in Xinjiang, and anti-democracy activities in Hong Kong. NFSC successfully launched Himalaya Exchange in 2021, a platform to trade digital currency in the form of HDO and HCN, and introduced Himalaya-Pay in 2022 as a flexible and safe payment system for merchants and consumers worldwide. NFSC’s other achievement was GETTR, an open and unrestricted access platform to help internet users voice their thoughts and opinions freely without censorship or cancelation. NFSC’s G-Fashion has emerged as a trending fashion brand that integrates authentic culture, free spirit, creative design, high quality, and future. 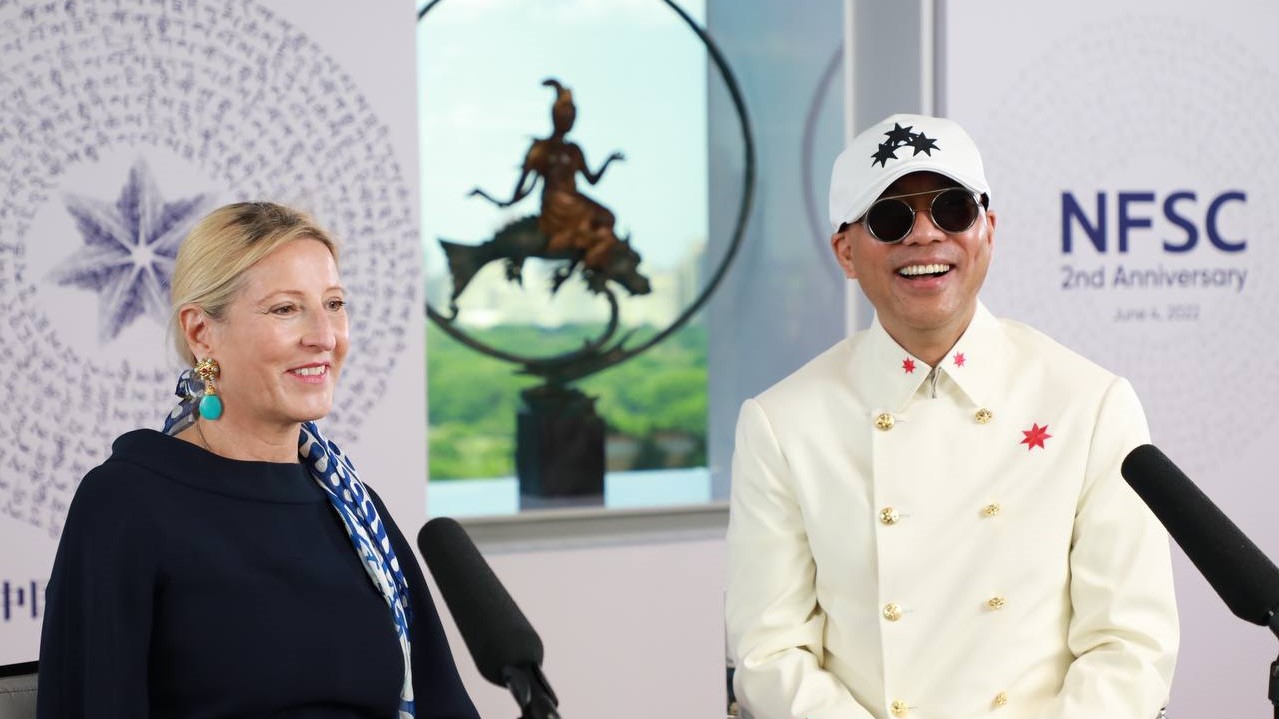 “My husband and I have known Miles Guo for a long time. We are honored to support the New Federal State of China because Miles Guo has always told the truth since we first met him. I am impressed with the G-series of projects and platforms, especially the Himalaya Exchange, which is feasible, reasonable, reliable, logical, professional, market-driven, and economical. I wish NFSC much success in the future by outreaching out to the western communities worldwide, political parties, and international associations for mutual goals,” Connie Morgan, on behalf of the Morgan family, told Miles Guo sincerely. 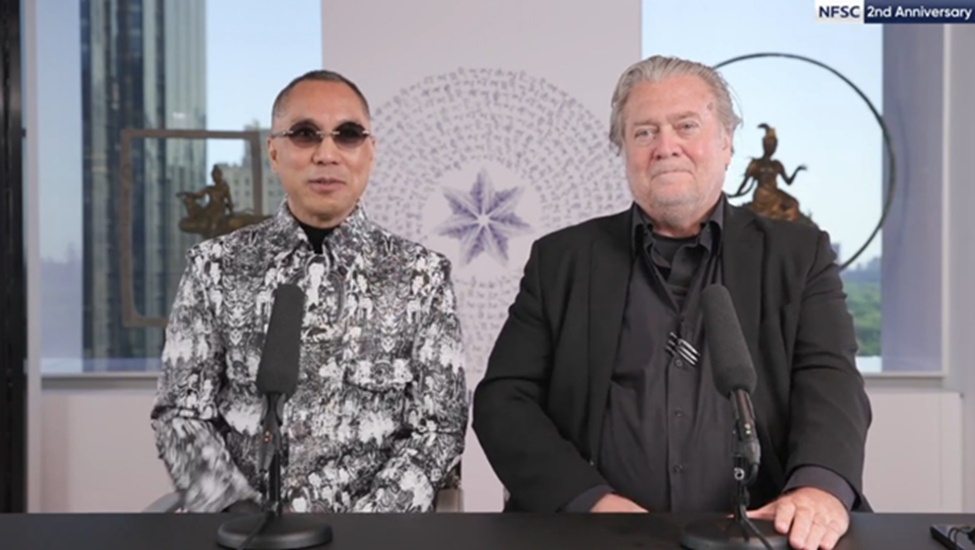 "We chose June 4 as the national day of the New Federal State of China to memorize the Tiananmen Square Massacre on June 4, 1989, with the joint mission of taking down the CCP's ruthless government. Chinese people are the most polite and hardworking and deserve human rights and freedom. I feel empowered and energized among the new Chinese people,” NFSC’s co-founder, Steve Bannon, said during a live interview on the 2nd-anniversary gala. 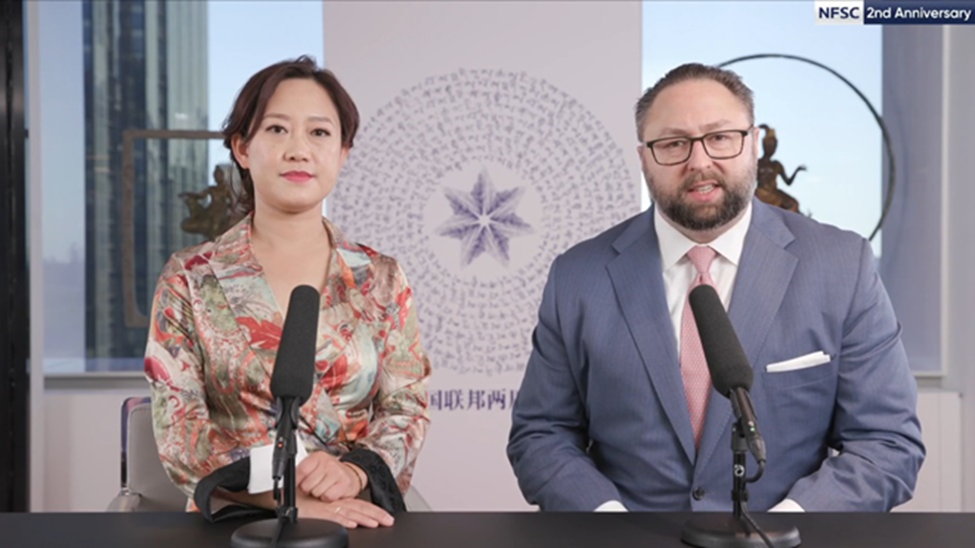